For A Bunch of X Chromosomes, There Sure Are A Lot of "Why's"

Email ThisBlogThis!Share to TwitterShare to FacebookShare to Pinterest
I always thought the image of a little kid asking "why" after every response was just embellished for comic effect.  Truth is. ... it's not really that funny.  We're in the "why" stage right now, and holy crap is it getting annoying.  I'm thrilled that they are inquisitive but I don't think that's the basis of the "why" question.  Because you give them an answer and they still ask "why" again. ... it's like a nervous tick they can't control.  And you can't honestly answer the question because the answer doesn't make sense to them yet.  "It's time for bed, now close your eyes and go to sleep."  "Why?"  "Because you need rest for tomorrow."  "Why?"  "Because with out it you won't have energy." "Why?" "Because your body has been depleted by today's activities and the human body requires sleep to recoup said energy?" "Why?" "I don't know."  "Why?"  "Because daddy slept through that class in college." "Why?" "He was tired." "Why?" "Because he went to a rager the night before?" "Why?" "Because he hadn't met your mom yet." "Why?" "AAAAAHHHHHHHHHHHHHHHH  And there's no response that can end the cycle.  "Because" doesn't work.  "Why not?" doesn't work.  Even silence doesn't work. ... they just get louder and louder and repeat it with fewer breaths between until you come up with some sort of a response.  And then it cycles again.  Why?  I don't know.

We did, however, have a good inquisition last night.  Around 8 we had a tiny little earthquake - 4.1.  Not really a big deal at all here in California, but the house got a nice little shake.  I run in to check on the girls - it's not their first earthquake, there's been about 4 good ones since they were born, but it's the first where they might have the capacity to get spooked - and Arianna sits up and asks "Daddy. ... why you shake my bed?"  "Because I love you honey."  It was all I could think of. ... because I love you.

Add comment
Load more...
Newer Post Older Post Home
Subscribe to: Post Comments (Atom)
The old saying is "be careful what you wish for." As a young man I wished to spend my life surrounded by beautiful women. My wish came true. ... and what I got is far better than what I hoped for.

Pic of the Week 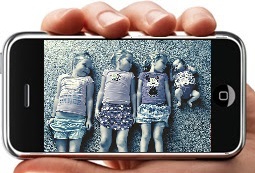